List of top import and exports of Germany: It is the world’s fourth-largest economy and third-largest exporter. It has a positive trade balance of $305 billion with its exports standing at $1.5 trillion and imports standing at $1.2 trillion. The latest figures available for Germany show that as much as 66% of Germany’s exports were made to the following countries whose respective percentage shares are also given. 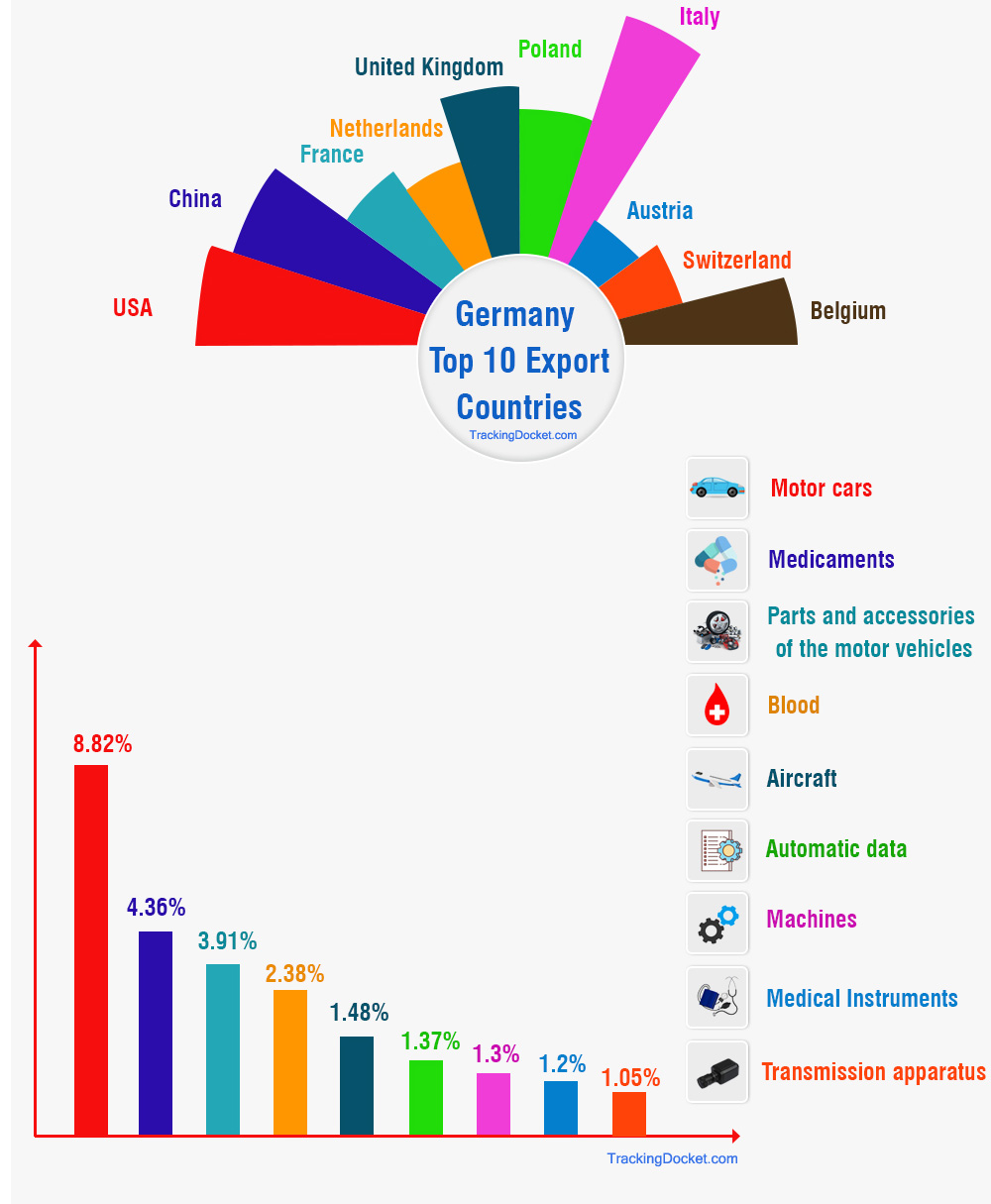 You can also download this infographic in PDF format here or else continue reading below.

When we look into which continents are Germany’s major importers, available data show that 66.1% of Germany’s exports went to countries in Europe while 19.1% of them went to countries in Asia. North America imported another 10.3%. Africa imported a small share amounting to 1.7% followed by Latin America excluding Mexico at 1.4%. The figure for Latin America includes the Caribbean. Lastly, 0.9% of Germany’s exports went to Oceania with Australia being the major importer.

Germany’s exports have made the country one of the richest in the world. It has a total population of 83.2 million and the total exports Germany made in 2020 stood at $1.378 trillion which translates into a figure of around $16,600 for every resident in the country.

The Top 10 Exports of Germany

The figures given below show the top 10 German export categories with their corresponding value in dollars and their percentage share of Germany’s total exports.

Two-thirds (68.3%) of Germany’s total exports were accounted for by these top 10 exports mentioned above.

There are more than fifty companies that find a place in Forbes Global 2000. A few of the major exporting companies of Germany are mentioned below.

It’s worth mentioning here that Germany’s international trade of cars and other automotive parts shows highly positive net exports. This is an indicator of the fact that Germany has achieved a great deal of engineering excellence in the field of automobiles and automotive parts giving it a strong advantage over other competitors.


Not just automobiles, Germany has achieved excellence in the manufacture or production and export of various items that have made the country a superpower. Its trade surplus is a major contributor to its prosperity. The article has mentioned the top 10 items of export from Germany which are a major pillar in the country’s economy.